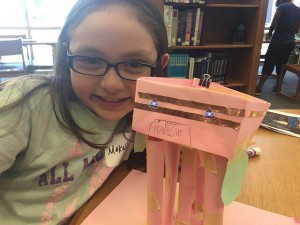 This summer marked the 3rd year of our summer technology and innovation camps. We conducted two Minecraft camps, two robotics camps, and two technology/innovation camps, called Matador Innovators. All of the camps were 4 days long and lasted 4 hours per day for older students (generally grades 4 and up) and 3 hours for younger students. Camps were staffed by district teachers, librarians, and students.

Last year, I supervised and facilitated the camps, but left it to my extremely capable teachers to run the day-to-day events. I missed the face-to-face interaction with the kids, so I decided to lead the Matador Innovators camps again this year, and I am so glad I did. 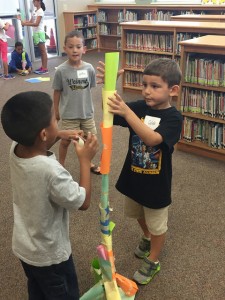 Matador Innovators camps are fairly informal. We spend the week trying out a variety of creative technology tools, with the students given lots of leeway to determine just how they should be used. The activities and technology tools used this year included:

These were active, noisy, engaged 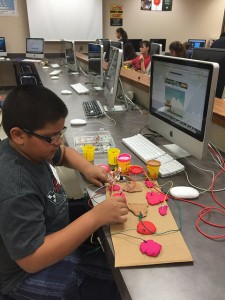 camps. Students shared ideas, offered suggestions, asked questions. For the most part, we tried to make the outcomes purposely vague, offering specific instructions or guidelines when students expressed a need for them or just to introduce a tool. For example, I walked the kids through the creation of electronic versions of Edvard Munch’s The Scream, which allowed campers to get familiar with Circuit Stickers. From there, they were limited only by their imaginations, and the results were quite varied: a mask; a car; lighthouses; a model video game controller. 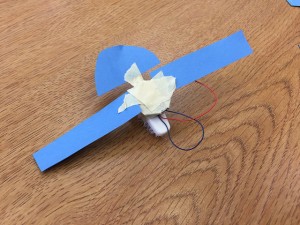 Students also had a great deal of autonomy when making stop-motion movies or learning to program with Scratch, leading to a diverse set of products. When we built the brushbots, students were given the challenge of creating a bot that could be steered in a particular direction. The brushbots were set loose on a makeshift racetrack to test students’ engineering ideas.

Here are four observations for the 2 weeks:

All in all, it was an exhausting, extremely rewarding experience. It was amazing to get to spend so much time interacting with the students, the one thing I miss from my classroom days. I am already plotting next summer’s fun!

I’ll be sharing some info on getting kids started with coding at the Cypress-Fairbanks ISD Digital Learning Conference tomorrow and Thursday. The short slide show is below, as are links to all of the sites referenced (and a few more).