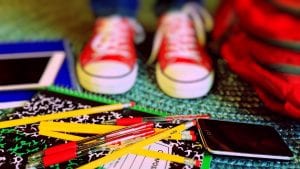 The following are a few ideas intended to promote future-ready, critically- and creatively-thinking students during the coming school year. They have been rattling around my head as a result of several road and plane trips this summer where I’ve been able to pass the time studying computational thinking, design, innovative schools, etc. Some could feasibly tie easily into content standards in multiple subjects. Others are big-picture, broader actions that involve life skills beyond the scope of subject-area objectives.

In no particular order, every student will have the opportunity to:

More Reflections on Why

Another impact of the Simon Sinek book Start With Why: How Great Leaders Inspire Everyone to Take Action is that I have been giving thought to how I could put my why into one concise, easily understood statement. While not ready to declare it as final, the following is the current incarnation:

To facilitate meaningful and engaging learning experiences that equip students to reach their dreams.

Here are a few key elements:

Finally, another thought hit me yesterday: What would it look like if we taught our kids to articulate their whys? How might making these concrete affect how our students approach learning? Would our schools even fit their whys at all?

Reflections on A Year of Change

The school year will be drawing to a close on Thursday. As we meet as an Instructional Technology team tomorrow, I feel it is important to evaluate where we have been, where we are now, and where we hope to go in the future. The year began with high expectations for teacher learning, student learning, and personal growth. Some hopes have been fulfilled beyond my expectations, others have either been proven to be mistakes or are still in their developmental stages. Now, as I look back on the year that was, I will be better able to see the places I want to go in the next year and beyond.

Blogs have established for themselves a firm foothold in our district, although perhaps not in the exact ways I had envisioned yet. Teachers have embraced the tool at numerous campuses, using them as a form of homepage which allows for not only the sharing of information, media, resources, etc., but as a channel of communication between themselves and parents. They are also using them as discussion starters and extensions of classroom learning. Administrators are doing some exciting things with blogs, as well, including professional reflection, sharing school news, facilitating campus book studies, and working with parents to help them best keep informed and play an active role in their children’s education. Co-workers are using blogs to share ideas on topics from digital storytelling to free resources. Students are only just beginning to use the tool of blogging, however, something I would have expected to have been more deeply rooted by now. One of the best examples of a student blog being used as I would have envisioned in our district is the Talented Texans blog of a fourth grade teacher in the district. Here, students have written for a global audience, attracting over 1,000 visitors this year alone. Authors have paid visits to the site. Students read and respond to the writing of their peers. Another good example of student blogging has been the use of a class blog to summarize the day’s learning. Despite these and a few other examples, however, blogs have not been embraced as I would have expected as a tool for student publishing and creativity.

Wikis have also become a tool that is quickly growing in terms of adoption within our district. Administrators are using wikis to facilitate discussions and share resources. Within our department, for example, wikis have been created to do tasks ranging from keeping minutes of meetings, discussing books being read, and planning district training events. As with blogs, a few teachers have begun using wikis as classroom resources, taking the place of the established teacher websites. They have made the switch to take advantage of a rich set of features, discussion capabilities, and the ability to allow student-created content. On two of our middle school campuses, students are using wikis to record the progress of student projects.

Podcasting has to rank as the Web 2.0 tool which has caught on most enthusiastically in the district. Teachers and students have created audio and video podcasts. Students have performed simulated newscasts, documentaries, readers theater, and more. Several campuses have begun using podcasts as a means to share daily announcements with parents and the community.

As I entered the 2007-2008 school year, this was one of the tools that I was convinced merited a great deal of attention. I posted here my thoughts and questions as to the most effective means to share this tool with not only our students and faculty, but with parents, who could use the tool to more efficiently keep tabs on the blogs, wikis, podcasts, etc. that their schools were creating. Unfortunately, the training in this area has been entirely focused on teachers and administrators, meaning it is still an area which will need to be addressed in the coming year.

While our district has not made extensive use of social networking, I was able to create a small community of educators focusing on Web 2.0 tools using Ning. The group was originally intended as a means for the Instructional Technology department and a handful of teachers in the district to share resources, discuss applications, ask questions, etc. While it is still a fairly small community, Web Tools in Education has grown to 51 members, with a fairly large percentage coming from outside the district. One project next year will involve using social networking as a classroom tool for students and teachers to collaborate and share.

Several other tools have had an impact, if not as widespread, as blogs, wikis, etc. Digital storytelling sites, including the picture blogging site Scrapblog and Voicethread, have been used by teachers and students in the district this year. Sketchcast, a site which allows users to record video of mouse-controlled sketches and audio narration, has been used by one middle school teacher and her students, in particular, to create tutorials for her class wiki. TeacherTube and YouTube have provided not only useful resources for class content, but the means for sharing student and teacher created video, as well. A small number of teachers have also signed on with the micro-blogging site Twitter.

Web 2.0 has certainly begun to establish itself as an important tool in our district. The variety of applications, the continuing increase in the availability of computers and Internet connections inside and outside of schools, the low (usually free) associated costs, and the real-world relevance of the tools make them attractive to students, teachers, and administrators. Much work remains to be done, however. First, many more opportunities must be available for our teachers to learn about the read/write web. Administrators will have the opportunity to participate in workshops this summer, and classes will need to be offered at the district and campus levels. Additionally, tools such as microphones and video cameras are being purchased by the district and campuses, and teachers will need training on not only how to use these devices, but on effective means to enrich their curriculums with them. One of the barriers to widespread implementation in our district has been the need for students to have email accounts. This has been especially problematic at the elementary level. We are in the process of creating student accounts for all district students, using a filtered, monitored system. Training will need to be provided to both teachers and students on its use. In a standardized test-driven climate, a concerted effort, already underway, will need to continue that will educate administrators and teachers on ways that using Web 2.0 tools can not only engage students, but actually improve student achievement. They will have to see evidence that desired test results can and do accompany using the tools of Web 2.0 in relevant, meaningful, well-planned ways.

To this end, on a personal level, I will have to work harder to not only provide guidance to my campuses, but to stay abreast of the tools as they are created, and to envision possible applications for them in the classroom. As I dive headlong into a doctoral program, this will be even tougher (as my lack of blog posts as of late indicates). I believe this reinforces the importance of the community of teachers/learners that Web 2.0 has given me. It has given me access to the thoughts and ideas of like-minded educators around the globe, and I will be leaning on that to an even greater degree in the coming year.

All things considered, it has been an exciting, change-filled year. I liken it, however, to eating a salty snack–you can’t eat just one and long for the next. I am filled with anticipation for the next year and the things that will happen with the students of our district, as the world of Web 2.0 opens the doors to countless new opportunities for learning and growth for them!